Actor In The Spotlight: Judith Audu.

"...sexually assaulted? Being married or single makes no difference..." 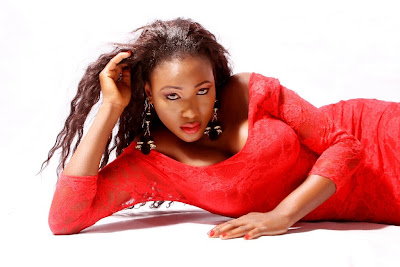 Nollywood is such a busy industry that several jobs are been shot, worked on in different locations and studios everyday and the daily activity of a professional actor in nollywood is very choking and tasking, so is Judith Audu's. Pinning down this elegant, massively talented but down-to-earth actor to have a chat with me was such a herculean task but trust me, I finally succeeded and she opened up like never before on a wide range of issues, from her journey so far, relationship, sex-for-roles and her plans. Enjoy the excerpts by Edeh John.

Can we meet you, please?
My name is Judith Audu. I'm an actor, model and voice-over artist. I hail from Edo state, a graduate of French and I have a master’s degree in Public and International Affairs from the University of Lagos. I'm also a blogger and a Foodie. I derive great joy from acting and I'm always very energetic, accommodating, never tired to act whenever I'm onset. I take my job seriously, I'm highly disciplined and dedicated to improving my skills as I'm a fast learner and can adapt easily to new environment.

Giving that you read something quite different from your reality now, how and why did you find yourself in this profession?
JUDITH: I actually started doing stage plays from my secondary school days and joined theatre groups while at the University of Lagos, like Theater15, where I was groomed in the basics of acting from trained and seasoned professionals. Most people think I read theatre arts because I was always around them. French, like English studying students do literature and we have to act them out most times. I'm not in a different environment career-wise, its all been planned out and everything is going as planned.

So you have always known and planned to be an actor?
JUDITH: During my youth service I was the Drama Director. You know how you must be very good to get that role with highly talented theatre/creative arts graduate around you and they all believe and listen. 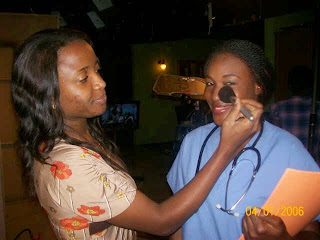 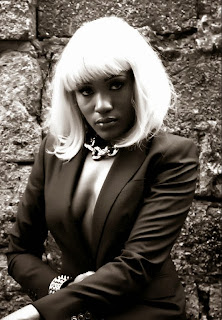 Wow! That was a mighty feat. Personally, I wouldn't allow a non-theatre corper direct me when theatre corpers are present.
JUDITH: They didn't believe I wasn't even a theatre arts graduate because I was more grounded in the basics of acting than most of them, till today they respect me as one of their best directors.

How long have you been in the industry and what are your achievements so far?
JUDITH: I have been in the industry since 2004 where I featured in my first movie titled "Life is beautiful" directed by Femi Ogedengbe, I also featured in my first Tv series "One love" by Alpha Vision. After that, I took a break to concentrate on my studies and returned fully in 2010 where I have featured in several projects including Mnet’s Original Films’ "Stopping Kloe". Yes I Don’t" Emerald" Burning Spears" Seekers" Tinsel" Rush" Olorogun and Company, just to mention but a few.

In other words, you have experienced a situation where "sex for role" was directly or indirectly suggested? 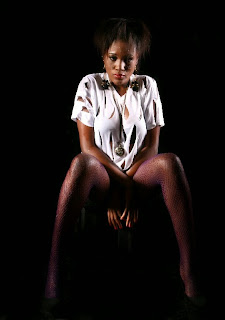 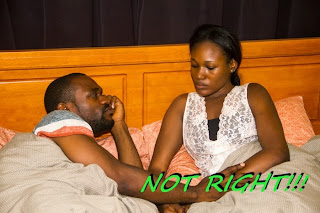 Lucky you, then.
JUDITH: They just make advances but respect my space and person. The industry has changed a lot. That was one of the reason I left. They are a lot of professional these days that only look out for talents. Even if they are sleeping with you and you are not good enough they will not give you a good role or a role at all because of the money being invested. So, now people get roles by merit

And who are those people you would do anything to be on a set with?
JUDITH: Some veteran and new actors because of their outstanding and awesome acting skills like Majid Michaels, Mercy Johnson, Liz Benson, Joke Sylvia, Olu Jacobs, Rita Dominic, Genevieve Nnaji, Nse Etim, Omoni Oboli, OC Ukeje, oh the list is long. Some producers because of how they pay attention to details, like Mildred Okwo, Emem Isong, Kunle Afolayan, e.t.c, directors because of how they bring out the best in you, like Izu Chukwu, Tunde Kelani, Tade Ogidan, Niji Akanni, Tope Oshin Ogun e.t.c 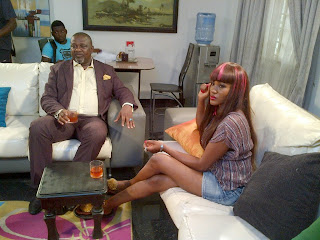 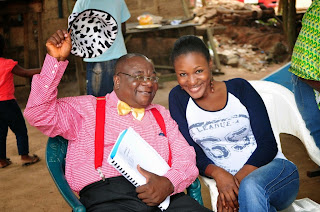 You just mentioned Rita Dominic and Mildred Okwo, I'm aware they are in the preproduction stage of a new movie, will you make attempts at featuring in it?
JUDITH: I went to the casting couple of days back and I would love to work with Mildred and Rita.

From what I have heard about Mildred, she works strictly on merit. I wish you all the best in the casting.
JUDITH: From the caliber of actors invited for the casting, you can tell it’s based on merit.

Being a "foodie" as you always claim in your blog, what is your favourite African recipe?
JUDITH: Hahahaha! Ogbono Soup and Amala.

Oh oh! Me prefer bitter leaf soup o. Meaning you can't blow off my senses if I visit you.
JUDITH: I can, with a loaded gun.
General laughter

The police must read this. My life is under threat.
JUDITH: Where ma passport at?
(General laughter) 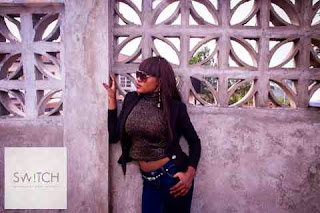 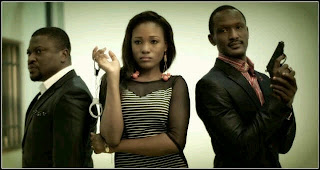 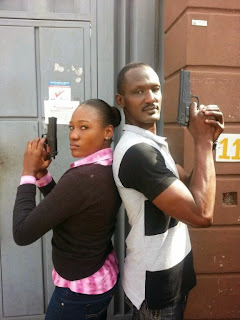 Can you give us a peep into that lucky man rocking your world?
JUDITH: No, I don't talk about him. He is a man that believes in me, encourages and motivates me to become the best at what I do.

When you are not on set?
JUDITH: Taking pictures, watching Movies, listening to music, blogging, surfing and Reading on the Internet, cooking and networking.

That's interesting. So what is Judith currently working on?
JUDITH: I'm back on set for "Emerald" now after that, I would be entering the set for a movie and working on my project by the side whenever I get a little time. Just shot my first project, a short film on domestic violence; I'm editing at the moment.

Seems your hands are filled.
JUDITH: We thank God.

It’s good to know that you are working on your own project, so when are we going to see it?
JUDITH: As soon as it is out. I will invite you, John.

Hmmmm! Thank you. As we end this interview, your last word for your fans and youths treading this path?
JUDITH: I want them to keep trusting me to bring joy into their home with whatever I do, be a good voice and ambassador. They should never give up on their dreams, keep pushing, remain focus and working hard to bring it to life, don't let anyone tell you that you can't do what you want to do, make the move take the risk if it doesn't work out you will know you tried your best. Love you all and thank you for your endless support. God bless you.

Alright, thank you a lot for your time. Hoping we would have a chat again and I pray by then you would be a brand ambassador to a major telecom brand.
JUDITH: Amennnnnnnnnnnnnnnnn! Thank you John, I must confess you are doing a great job here.

Thank you. Ehen! That gun thing, so you get gun?
JUDITH: Hahahaha! I go arrange catapult.
(General laughter) 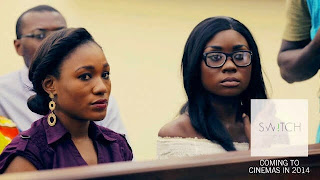 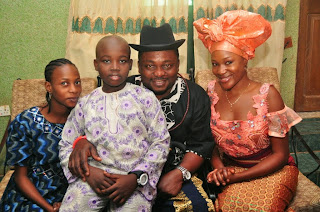