The Best Way to Rehearse For a Film. 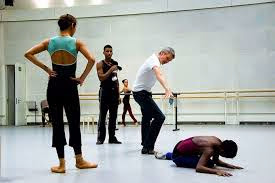 Directors rehearses differently. There are some that prefer little rehearsal because they want the raw performance to unfold during the shoot. On the other extreme is the director who rehearses for a week plus to get the performance to the level they want it to be. Part of this decision will be based on the level of actor and budget you have.
Read more »
Posted By VIZAVI MEDIA @ 11:51 pm No comments:

A new video released this morning by the Islamic terrorist group, Boko Haram, is claiming that all the kidnapped girls have been converted to Islam. It also says the girls would be released once all its detained members are set free. The Nigerian government is yet to react.

In a related development, the governor of Nigeria’s Borno state says he has information on the whereabouts of about 200 schoolgirls kidnapped by Islamist group Boko Haram.
Governor Kashim Shettima said he had passed reports of the sightings of the girls to the military for verification.
Mr Shettima added that he did not think the girls had been taken across the border to Chad or Cameroon.