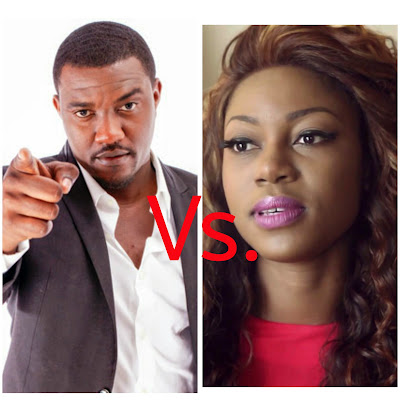 Best Friends Forever?...You can say that again!!!
Ghanaian actors Yvonne Nelson and John Dumelo are in a serious feud over #Dumsor, the recent electricity protest led by Yvonne.
Here's what happened...
John Dumelo had earlier urged Ghanaian citizens to be patient with President John Mahama who, according to the actor, is struggling to restore electricity, and not protest.
However Yvonne Nelson who would not take any of that took to her Twitter account on Saturday, May 2, 2015 to invite colleagues like Lydia Forson, Joselyn Dumas, Price David Osei, Majid Michel and Anita Erskine but deliberately left John Dumelo out calling him an "a** licker".
Read more »
Posted By VIZAVI MEDIA @ 6:19 pm No comments: