Actor In the Spotlight: Omoye Arewa 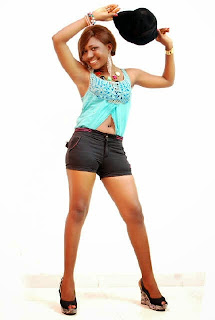 When passion comes calling, there's nothing we can do to hold it back. It demands much from us that most times we have to muti-task to fulfil that passion. If not, what would you say of an Actor that schools in a city but travels hundreds of kilometres just to develop a career? So is the story of Omoye, a fast rising Actor as she recounts her journey so far in Nollywood. Enjoy

Can we meet you?
AREWA: My name Is Omoye Arewa,an undergraduate of Ekiti State University Studying History And International Relations and in my 300 level.
Am an actress, model, video vixen and a Presenter. I am very passionate when it comes to acting because acting is in me. I started my acting career at the age of seven but later had to drop it because of school.
But when I got to the University I could no longer keep away from what gives me immense joy and satisfaction so I took it up again and since then God has been helping me though school hasn't been giving me much time but I try my best and juggle them together. Mostly, I shuffle between Lagos and Ekiti.

Wow! Shuffling between Ekiti and Lagos must be a huge challenge. How do you manage it without negative effects to you grades?
AREWA: Hmmmmm! you see, it hasn't been easy but all the Glory belongs to God because I have always seen myself as an example of Grace Simplified. He has just been blessing me in ways I least expected. I made sure I miss no test and I always update my book and read for my exams so it has been helping greatly.

So how is the journey so far as an entertainer?
AREWA: My brother it has not been easy o. Sometimes you get called for a direct job but as an upcoming act, to get known you have to be available for auditions until you get to a stage where you can afford to chose and reject. Sometimes, because you are an upcoming act some expect you to do anything just because acting is your passion but if you are principled and know where you are going you just have to do what is right. But sincerely, the stress has been worth it especially when you are in front of camera and you take on your role. Frankly it has been fun, educating, enlightening, and eye opening. Nothing gives me so much joy as acting. I thank God for giving me such passion.

Which year exactly did you start out professionally and which was your first job?
AREWA: Professionally, I started two years ago and I got my first job within two weeks, a TV soap titled 'Housemates'

And ever since, what have you done so far?
AREWA: I have featured in numerous films and stage plays like "The Princess" Festival Of rain" King For sale" Housemates" The Ice Queen" Dumebi" Okunkun" funfun" Maobi" odogwu terror" Aso odun" Ologini" etc. I have also shot TV commercial for Chivita, Doyin Maggi and Malta Guiness etc 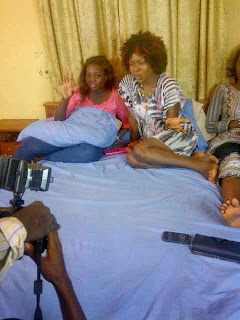 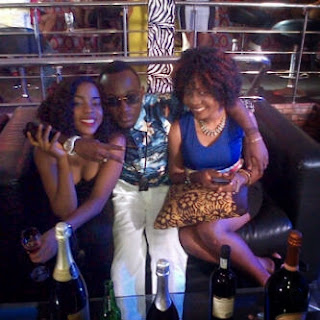 We often hear upcoming artist complain of meagre compensation. What is your your experience so far?
AREWA: Yes it is true. Infact sometimes you don't get payed at all. But my stand is this; it is just a matter of time. Soon, you will be choosing your own price. Just show the world what you have got and you will definitely get there. You know there are some who work because of money so it will be difficult for them but people like me who is into acting because it gives me joy, I try not to let that discourage me.

What is your greatest challenge in the industry?
AREWA: My greatest challenge. "Oro nla" but I will not like to go into much detail so that I won't be in trouble. Just that I hate it when im expected to use what I have to get what I want just because am a female. I want Grace and my Talent to take me there not my body or money. And sometimes I hate it when it is all about physique. Fine, some roles requires that but it can be so annoying and depressing when you get over-thrown by someone who can't act but got chosen just because she looks like Mona Lisa.

May be the person fits the character better, physically. From what you said, you mean some actress use their body to get roles?
AREWA: Of course. Someone, a female colleague, once told me not to dull myself else I might grow old before I even get a single lead role. I couldn't believe that she said and had to reject it immediately.

Considering how sexy you are. Have you been in the situation where someone demanded for sex for role?
AREWA: Of course, I have been denied script and role before because I would not go to bed with a director. You know how our country is,it happens even in the business sector so it is you that will be diplomatic and mature about 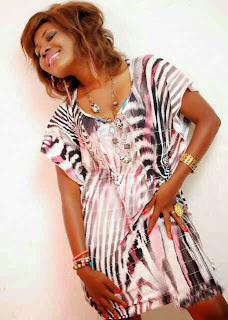 Who are your role models in the industry?
AREWA: for me, my number one role Model is love Omotola Jalade and she is my role model because of the way she combined acting with family life without any slacks. And mercy Johnson and Funke Akindele. I have a lot respect for them.

So where do you see Arewa in the next five years?
AREWA: Wow, I wish I can show you the way am seeing Arewa in the next five years. I see Arewa Everywhere in the Industry, In 90 out of 100 films and on all the soaps on air. I see Arewa as the role model to many upcoming acts, getting several international awards surpassing my role models. I see myself as the Best in my generation. And with God, nobody can change that because am anointed with his Grace and Mercy. 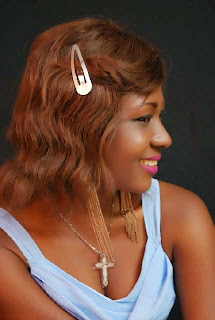 I wish you the best you wish yourself. Nothing is impossible to a willing heart. How do you keep fit?
AREWA: I dance o. I love dancing a lot. Though I don't club but I stand in front of my mirror and dance to stupor. If you see me when am dancing you would think am prepering for a competition. Am lazy o, that is why instead of doing crazy stuffs like jug or something, I dance.

A very successful acting career or a peaceful marriage?
AREWA: Aaaaaah! Johni, why now? This is hard. Well, I pray for both but I will not want to have an unpeaceful marriage.

Hey babe, I meant if you have to choose only one.
AREWA: Peaceful marriages, my husband will now support me to have a successful acting career. God always satisfies me so am sure I will have both. You are a bad man o.
(General laughter)

What turns you on?
AREWA: Honesty and Genuineness

Your favourite Nigerian musician?
AREWA: Psquare is awesome. Everybody around me knows how much I love them. I can die for them. They are my inspiration anytime any day.

Any word for upcoming artists like you?
AREWA: I want to encourage them to be focus and not be distracted by anything. The industry is big enough to occupy all of us so don't try to bring others down. Respect those who were there before you and don't be full of pride. Don't allow evil and malicious intent to be your boss because what goes around definitely comes around. I Love you all!

Alright, Miss Arewa. Its being interesting hanging out with you. I admire your passion. Do keep up the effort. Hard work pays no matter what. Ed'vizavi Media wishes the best.
AREWA: Thanks Ed'vizavi Media. More grease to your elbow. God Bless!