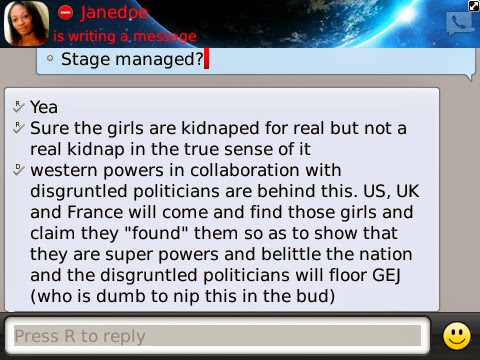 There were indications yesterday that the 230 female students abducted by Boko Haram terrorists from the Government Girls’ Secondary School, GGSS, Chibok, Borno State, have been sited at the Sambisa Forest in Borno State, by the Special Forces of the United States Marines.

The sources told Saturday Vanguard in Abuja that members of the United States Marines who are already in Maiduguri following the promise by President Barak Obama to assist Nigeria in rescuing the abducted girls, located the girls inside the forest, using some Satellite equipment which combed the forest, located an assembly of the young girls and sent the images back to the Marines on ground in Maiduguri.
Aside locating the whereabouts of the girls in the dense forest, it was also, further gathered that one of the leaders of terrorist group who participated in the abduction of the girls was arrested by a combined team of the US Marines and Nigerian forces.
Sources said that the Boko Haram leader was arrested, through an advanced interceptor equipment which was used to track the terrorist while exchanging information with his colleagues in Sambisa Forest about the movements of American and Nigerian soldiers in Maiduguri.
His phone was subsequently traced to a location in Maiduguri where he was arrested and handed over to the Nigerian military. 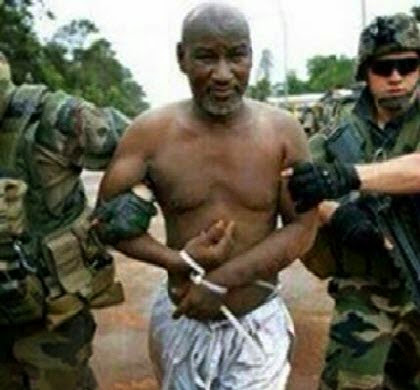 The location of the girls in the forest is contrary to widespread reports that the girls had been distributed and ferried to the Nigerian border towns in Chad, Cameroon and Niger Republic.

The United States, Britain, France and China has offered to help rescue the stolen girls. Obama said the team sent to Nigeria comprised personnel from military, law enforcement and other agencies.

France said it will station 3,000 troops in Nigeria’s neighboring countries to help fight militants in the Sahel region.

British satellites and advanced tracking capabilities also will be used, and China has promised to provide any intelligence gathered by its satellite network.

My earlier opinion was, The Americans, UK and France will intervene, find those girls and remind our government of their almighty superiority over Nigeria and the need to always rely on them for everything.

Just like the wikileaks revelation on the conspiracy to intervene and fragment Nigeria, I hope this isn't the beginning with the assembling of all these military and intelligence asset.

Read about the US, UK and France conspiracy to break up Nigeria HERE