HEPH B Dazzles Houston With Burna Boy US TOUR 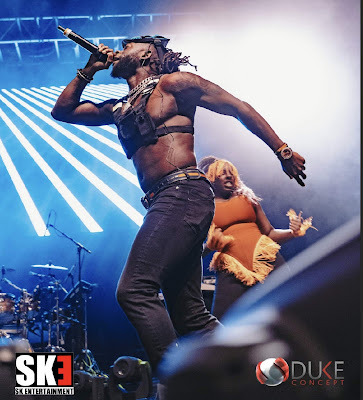 An exciting and entertaining news has hit us as African Giant, Burna Boy continues his US Tour promoted by DUKE CONCEPT and Shekpe Knights.

One of the biggest show was held on Sunday, 1st September in Houston Texas at the Revention Music Center with over four thousand fans in attendance. The biggest excitement was when the Houston Afro Dancehall King, HEPH B jumped on stage with a lightening Mask and gave an electrifying performance which had the mammoth crowd going insane.

HEPH B dazzled the crowd from with hit songs such as LAMN ft Masterkraft and his lastest single, SODI aka BUM BUM which features Morientez/Ojayy Wright as his performance came out as the best and most energetic. From his performance, it is glaring why he is referred to as the King of Afro Dancehall in Houston. 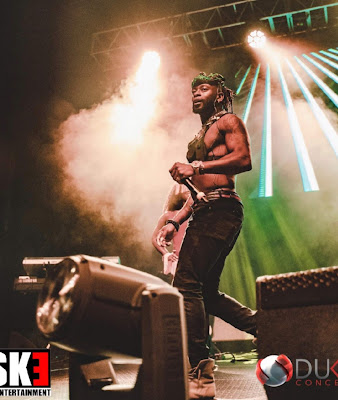 With the mix of his Nigerian and Jamaican background and Afro-Caribbean sound, Heph B has set a standard and record to never disappoint and always gives the best performance; and with this type of energy and stage craft, the industry must watchout for Heph B.

Keep up to date with HEPH B via his social media pages.
Instagram @HephB
Twitter @Hephb1
All music Platforms- Heph B
Posted By VIZAVI MEDIA @ 3:19 pm