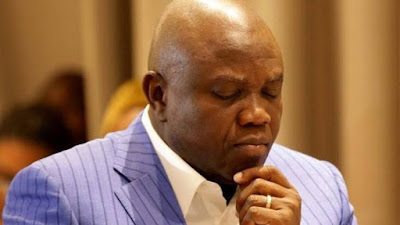 Officials of the economic and financial crimes commission, EFCC are currently raiding the residence of former Governor of Lagos state, Akinwumi Ambode, in Epe, Lagos state.

The Anti-graft agency had few weeks back frozen N9 billion traced into one of the official of Lagos government who served under him.

The residence of the former governor’s chief of staff in the same Epe neighbourhood is also being searched.

About two weeks ago, multiple bank accounts holding billions and linked to Mr Ambode were frozen as part of the alleged corruption probe.